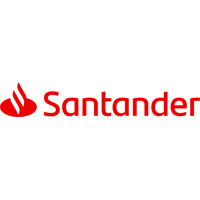 Historians  have written consistently on the early extinction of the indigenous (Taino) people who encountered Christopher Columbus on October 12, 1492. Two vastly different cultures collided in the Caribbean and in the aftermath, historians have told us, the indigenous population was utterly destroyed.  It is a tragic story, but not totally true.  For the last 3 years the Smithsonian National Museum of the American Indian, in collaboration with the Smithsonian Latino Center, have led several scholarly groups in investigating the Indigeneity of the Caribbean region. This project, Caribbean Indigenous Legacies, will include an exhibition slated for July 2016. The exhibition questions the theory of extinction and posits that the indigenous people of the Caribbean, although decimated by disease, slavery and warfare, did not disappear.

Across the Caribbean island chain there is ample evidence that a strong mestizaje took place from the very beginning. American historian Dr. Lynne Guitar, an expert on the subject, jokingly asserts: “when were the first mixed blood children born? Nine months after the Spanish arrived.”  The native people constantly ran off into the mountains to escape warfare, disease and slavery, often times welcoming African cimarrons with them. It was through this process that indigenous bloodlines would become a permanent part of the racial composition of the modern day Caribbean, in places substantial enough to sustain a distinct identity.

On the larger islands, notably Cuba and the Dominican Republic pockets of mixed blood but strongly-identified Indigenous people survived and thrive to the present time.  Recent studies ranging from linguistics to genetics have demonstrated that the Dominican Republic has a substantial amount of Indigenous retention. Cuba, on the other hand, boasts a long history of historical and ethnographic analysis that have traced a persistent indigenous documentation.  In 1902,  American Anthropologist, Stewart Culin traveled extensively through Eastern Cuba and remarked “the Indian phenotype is present in population of the Eastern region and could be found everywhere.” Scores of other researchers, including Mark Harrington, c. 1915, Manuel Rivero de la Calle and others in the 20th century documented various populations. Most recently Cuban historian Alejandro Hartmann and ethnographer Jose Barreiro have amply documented oral tradition and material culture among the Indio community of Caridad de los Indios, Guantanamo, Cuba. Although there are many indigenous descendants in Cuba, Puerto Rico and the Dominican Republic, only Cuba has a recognized in-situ native community today.